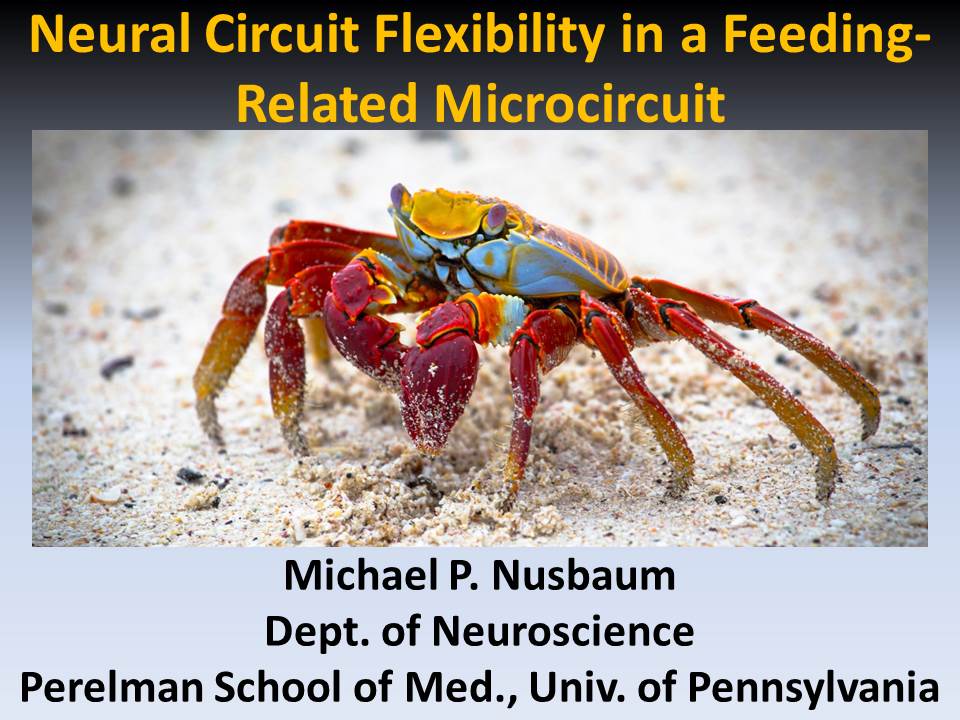 It is well-established in many biological systems that neuromodulation alters the physiological properties of neurons and thereby modifies the output of the circuits containing said neurons. This finding has led to the concept that single circuits have multiple circuit states and thus are dynamic, multi-functional constructs. Less extensively documented but also evident is that neuromodulation can create different circuit states that generate the same output pattern. One such example, which will be presented in this seminar, involves the well-defined gastric mill (chewing) microcircuit in the crab (Cancer borealis) stomatogastric ganglion (STG). This microcircuit, all of whose neurons and associated synapses are identified, is a ‘half-center’ (i.e. reciprocal inhibition) driven central pattern generator (CPG) circuit which produces the rhythmic two-phase motor pattern (protraction, retraction) that underlies chewing. It can be activated by several different input pathways, most of which have distinct modulatory actions that elicit different versions of the gastric mill rhythm. However, two of these activating pathways elicit the same gastric mill rhythm despite configuring different circuit states. This latter outcome highlights the need for caution when interpreting the results from activating and manipulating circuit activity without access to detailed information regarding circuit operation. As will be presented, for example, there are surprises regarding how the different gastric mill circuit states that generate the same gastric mill rhythm respond to the same perturbation.


A pizza lunch will be served.

School of Engineering and Applied Science